Seventeen species in the United States range from Kansas to California. Their full range extends from southern Canada to southern Mexico. They roam the desert spaces of the American southwest. Their Texas habitat is diminished by urbanization, more homes and businesses for the human population is at their expense. Each lizard supposedly needs six acres with vegetation and shade for comfort and safety. Other causes of loss include shortage of their staple harvester ants diet which tend to fall victim to insecticides, or being in the way of cars on the highway, or getting in the path of household pets and, though not so much now as in California a century ago, they are collected by kids (then paid a nickel apiece) by entrepreneurs who transformed them into curios as gifts. 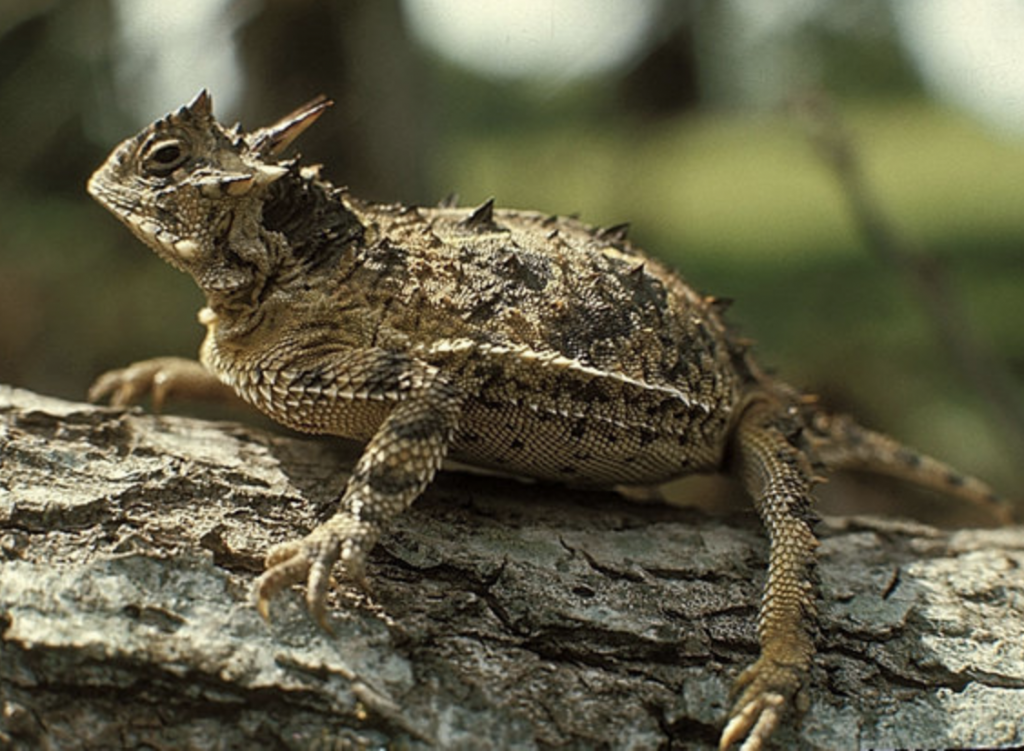 Better yet, check out the website and perhaps join the Horned Lizard Conservation Society to keep this distinctive, absolutely harmless creature a member of our natural world.