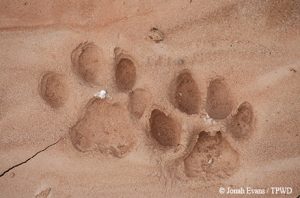 All animals, from the lowliest bugs to the biggest mammals, leave some sort of sign of their passing through.  Being able to identify and interpret animal tracks and sign allows new insight into the (often secretive) world of animals and their behavior.  If you’ve ever wondered “What made that track?” or “What was that animal doing when it made that?”, then this will be a good introduction to the art and science of tracking. 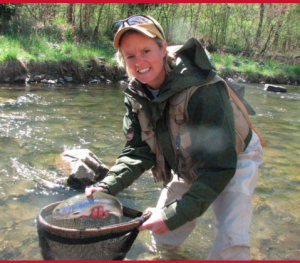 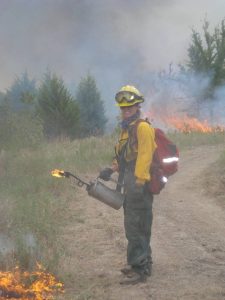 Heidi is one of the top wildlife trackers within TPWD and has received Level 3 Track and Sign Interpreter certifications in two regions of the U.S. from CyberTracker International.  Besides tracking, her other passions within the job are prescribed fire and native range restoration and enhancement.  She has conducted prescribed burns across the state and considers educating landowners about the benefits of fire a top priority.  Likewise, she actively works to promote the eradication of exotic pasture grasses and the restoration of native grasses and forbs.  When she is not working she enjoys windsurfing, fly-fishing, hog hunting, running, competing in triathlons, and cooking “if it don’t hurt going down it’s no good” Tex-Mex food.

You will need to sign in with both first and last names for your AT to be counted.

If you’re not familiar with Zoom, arrive 6:45 pm to set your audio levels and learn the system.