The following obituary appeared in the Newsletter of the Dallas Chapter of the Native Plant Society. We have shared it with their permission. 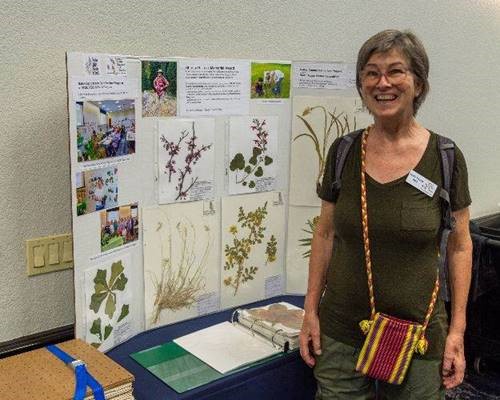 Marie-Theres Herz at the 2019 NPSOT Fall Symposium in League City, TX with her herbarium voucher display. (Photo by Alan Lusk)

We are saddened to announce we’ve lost another valuable Dallas member. On Saturday, January 2nd, Marie-Theres Herz passed peacefully in her sleep. With great poise and personal strength, she notified our NLCP crew in the summer of 2018 she was diagnosed with ALS (amyotrophic lateral sclerosis), also called Lou Gehrig’s disease. With great determination and success she focused on her one of her great joys and wonderful legacy – her collection of herbarium vouchers for the North Texas NLCP classes and the NTMN Dallas County Herbarium project. It was with great honor that we nominated her for the first NPSOT Shirley D. Lusk Memorial Award, an award which honors a citizen scientist for collecting and preserving Texas native plants for public education by providing outstanding contribution of herbarium vouchers. At the 2019 NPSOT fall symposium, with her family in attendance, Shirley’s son, Alan Lusk, presented her this inaugural award. Alan said, “Marie-Theres has stepped in where my mother left off mentoring me and teaching me more about the flora of Dallas County and collecting Herbarium specimens.” 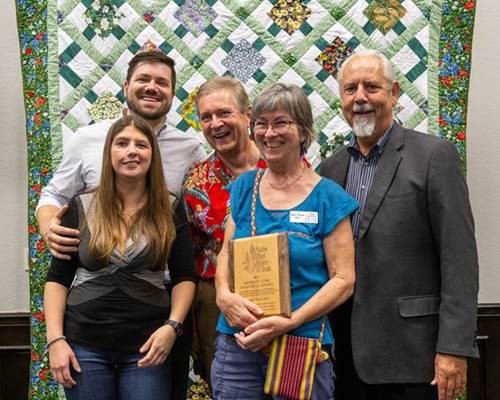 Marie-Theres served as our chapter’s Vice President and Program Chair from 2013-2014.  She then focused on continuing her volunteering with the NLCP committee and missed only one of the first 30 classes, assisted in the selection of plants for the North Texas program, provided most of the live samples, organized several of the training classes, taught several classes, and scouted and led the plant walks. Janet D. Smith said, “As administrator of the Dallas NLCP classes, I do a psychological sigh of relief whenever Marie-Theres is with us. When we take the herbarium vouchers out of the binder and put them on display, the wall gets elevated into an art gallery.” 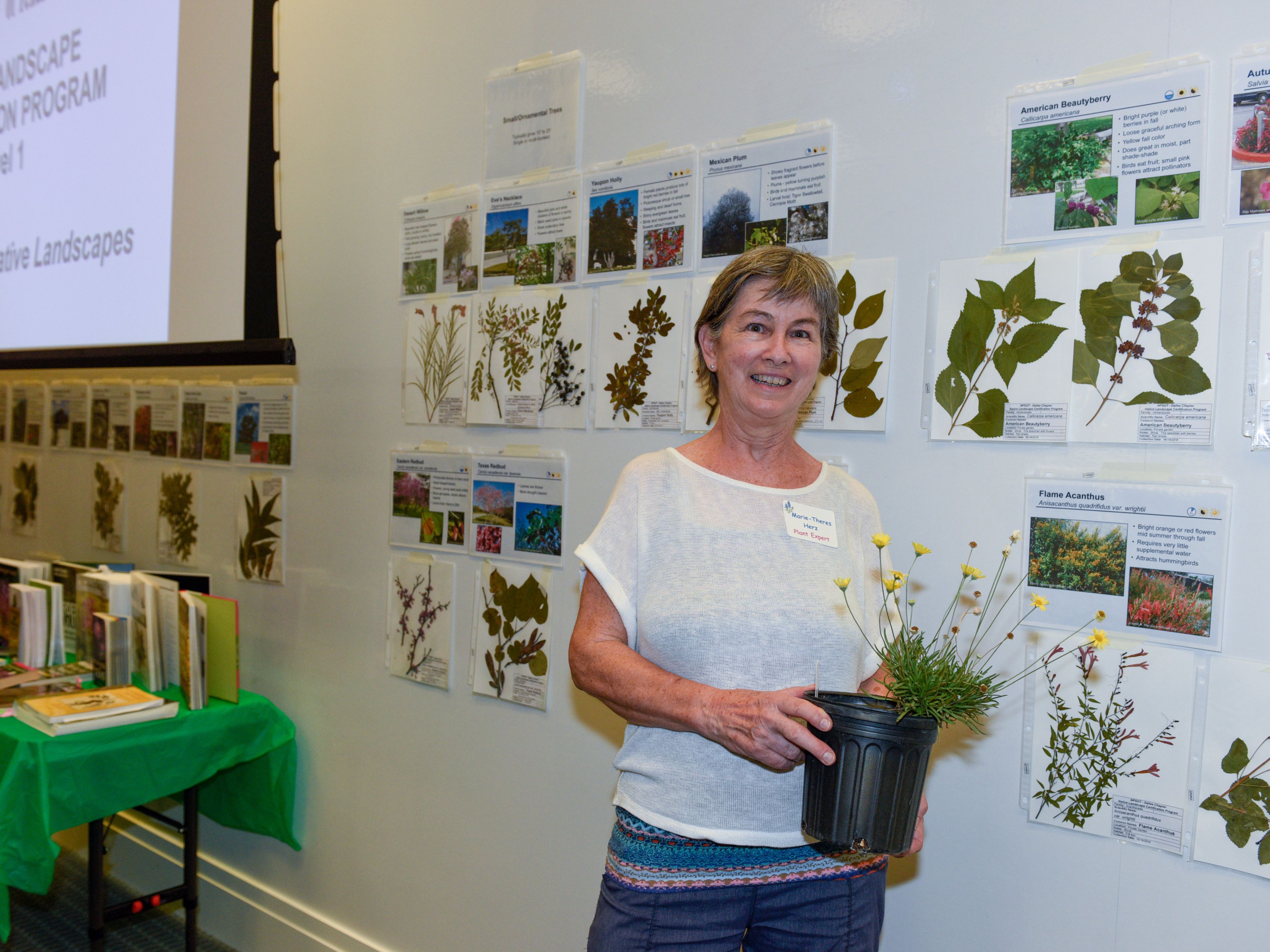 Marie-Theres Herz with her ‘art gallery’ in an NLCP class. (Photo by Karen Almond) 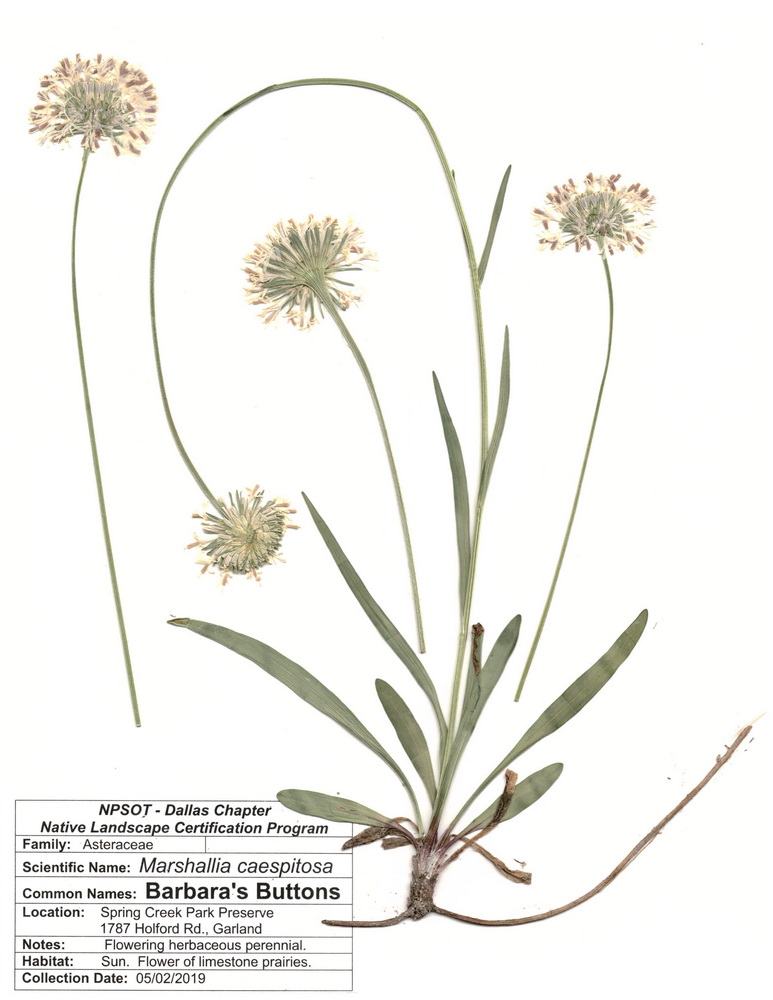 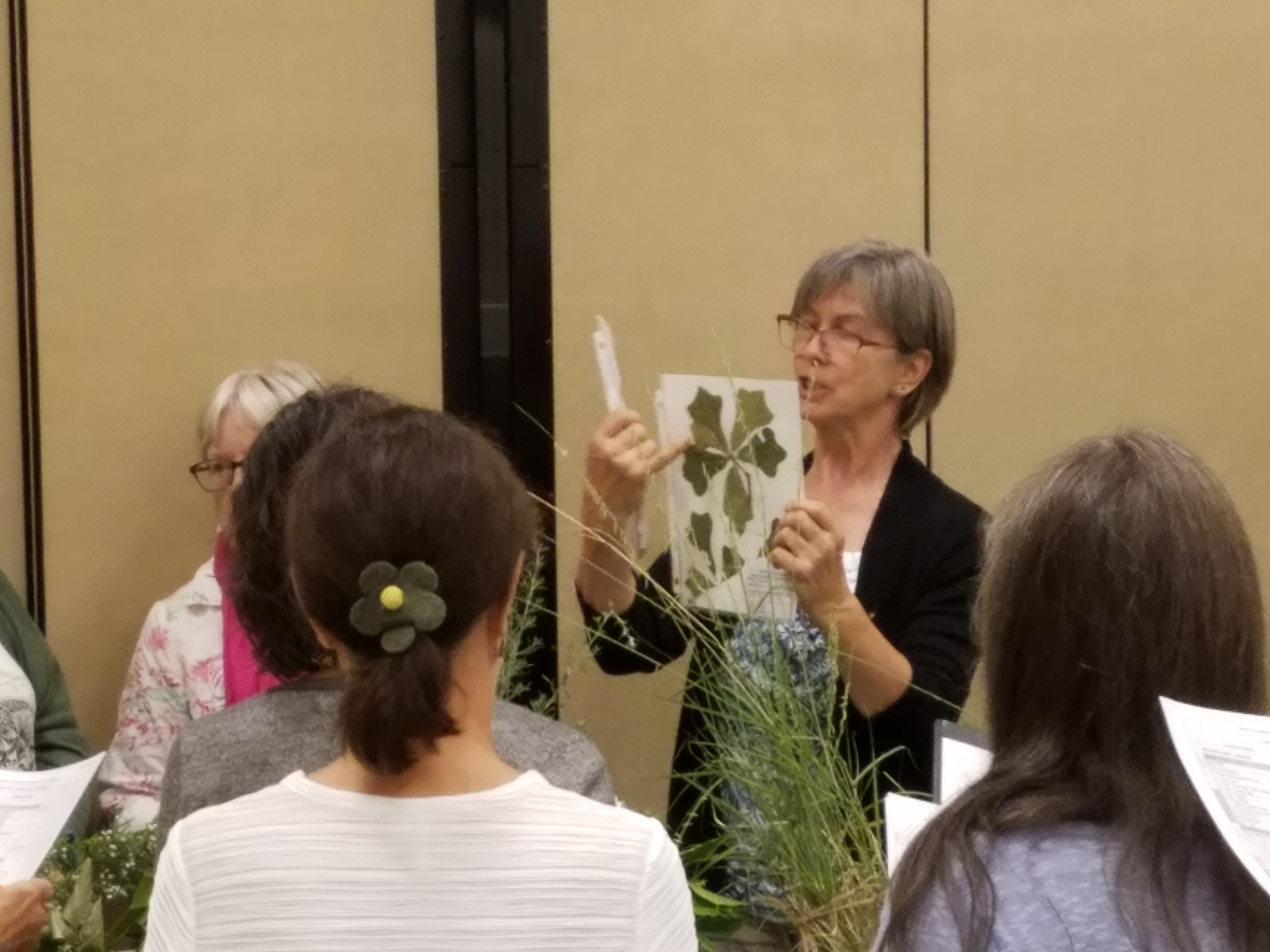 Marie-Theres describing the characteristics of Blackjack Oak with her voucher during an NLCP class.  (Photo by Cindy Kearney) 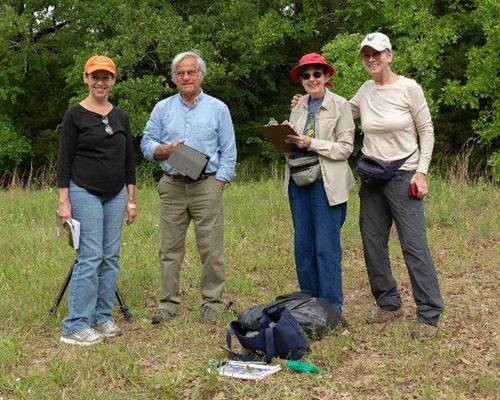 Marie-Theres was a self-taught botanist who mastered a vast amount of botanical knowledge. She could identify hundreds of plants by memory and was adept at using botanical keys to accurately identify new specimens. She was quick to help verify identification of specimens collected by others. Marie-Theres was a born educator who loved to share her knowledge of native plants with others. She helped teach herbarium volunteers to collect, press and mount plant specimens. She collected additional specimens used in outreach activities of the North Texas Chapter of the Texas Master Naturalists. She organized and led identifying and collecting walks for other Master Naturalists and the general public, adults and children. She created and presented a program for children to make cards using pressed plants and flowers. Collecting, pressing, and teaching were not her only talents, Marie-Theres, also designed and maintained several of her friend’s residential landscapes and didn’t hesitate to give fellow native plant enthusiasts tours of her gardens and shared plants and seeds from those gardens. These gardens allowed her to be a prolific provider of plants for our chapter’s fundraising plant sales. We also give her credit with designing our chapter logo. 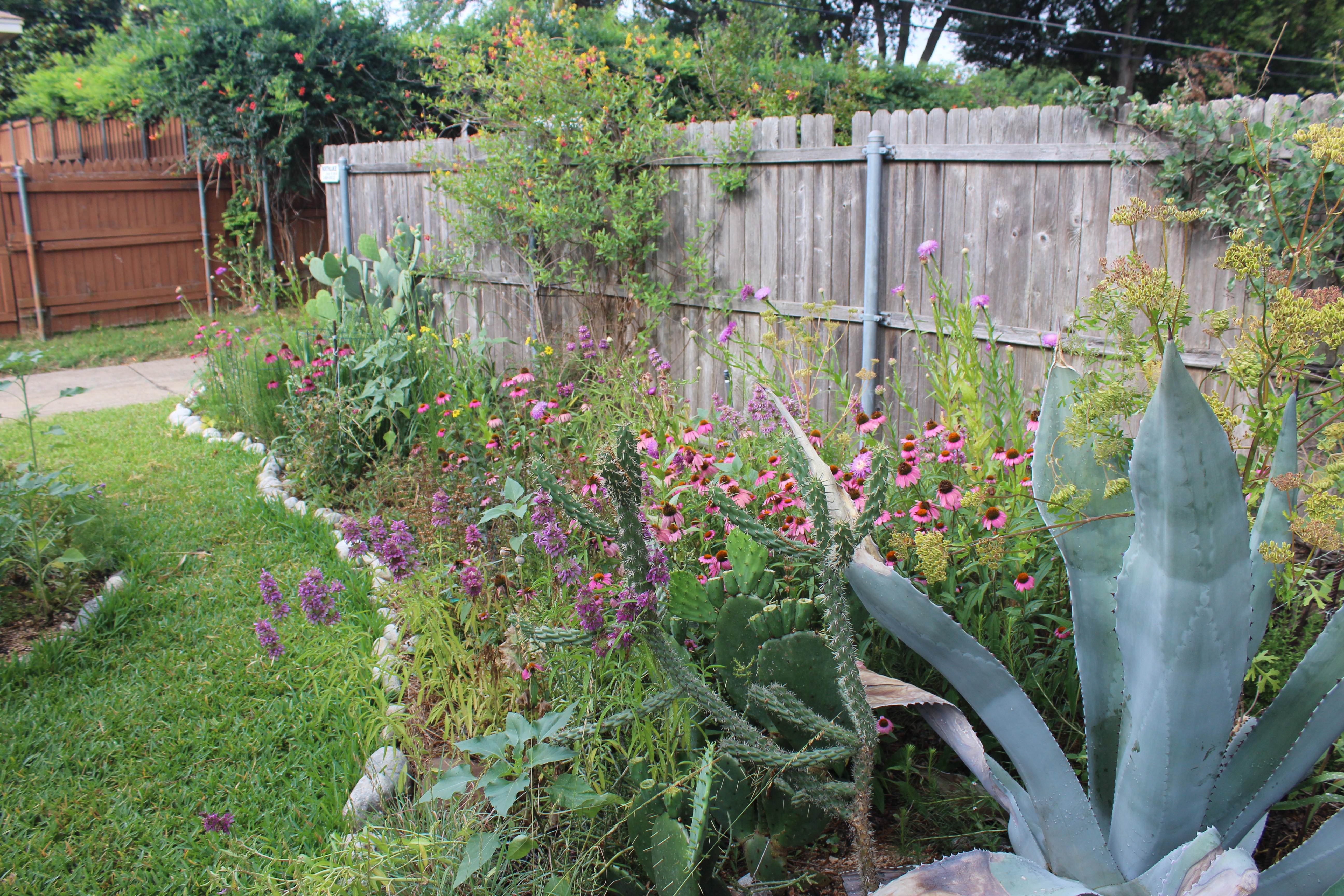 Carolyn Rozier, North Texas Master Naturalist Herbarium Project Lead, said, “Marie-Theres’ contribution to the botany community, and the Dallas County community in general, has been huge, and her efforts over many years have been an exceptional contribution to our knowledge and understanding of our native plants.” 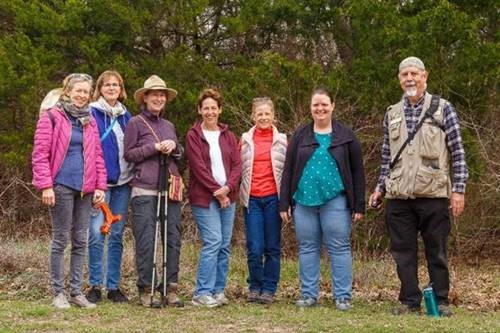 Marie-Theres Herz grew up in Switzerland and received her Master of Biology degree from the ETH Zurich in 1977 and her PhD in 1982 from the Univ. of Lausanne. She then conducted postdoctoral research in Cell Biology at the European Molecular Biology Laboratory in Heidelberg (the European equivalent of the Cold Spring Harbor Laboratories) where she met Joachim Herz. Marie-Theres and Joachim were married, and their son was born in 1988. They moved to Dallas in February 1989 when Joachim began work at UT Southwestern Medical Center. After their son graduated from high school, Marie-Theres completed an Associate’s Degree in a Landscape Architecture at Brookhaven Community College where she was introduced to Native Plant Society of Texas (NPSOT). She then pursued her interest in native plants with the same zeal, dedication, and precision that she dedicated to her scientific career, to raising her son, and to every other pursuit and joined NPSOT in Sept. 2009 and became a Certified Master Naturalist in 2010 with North Texas Chapter. 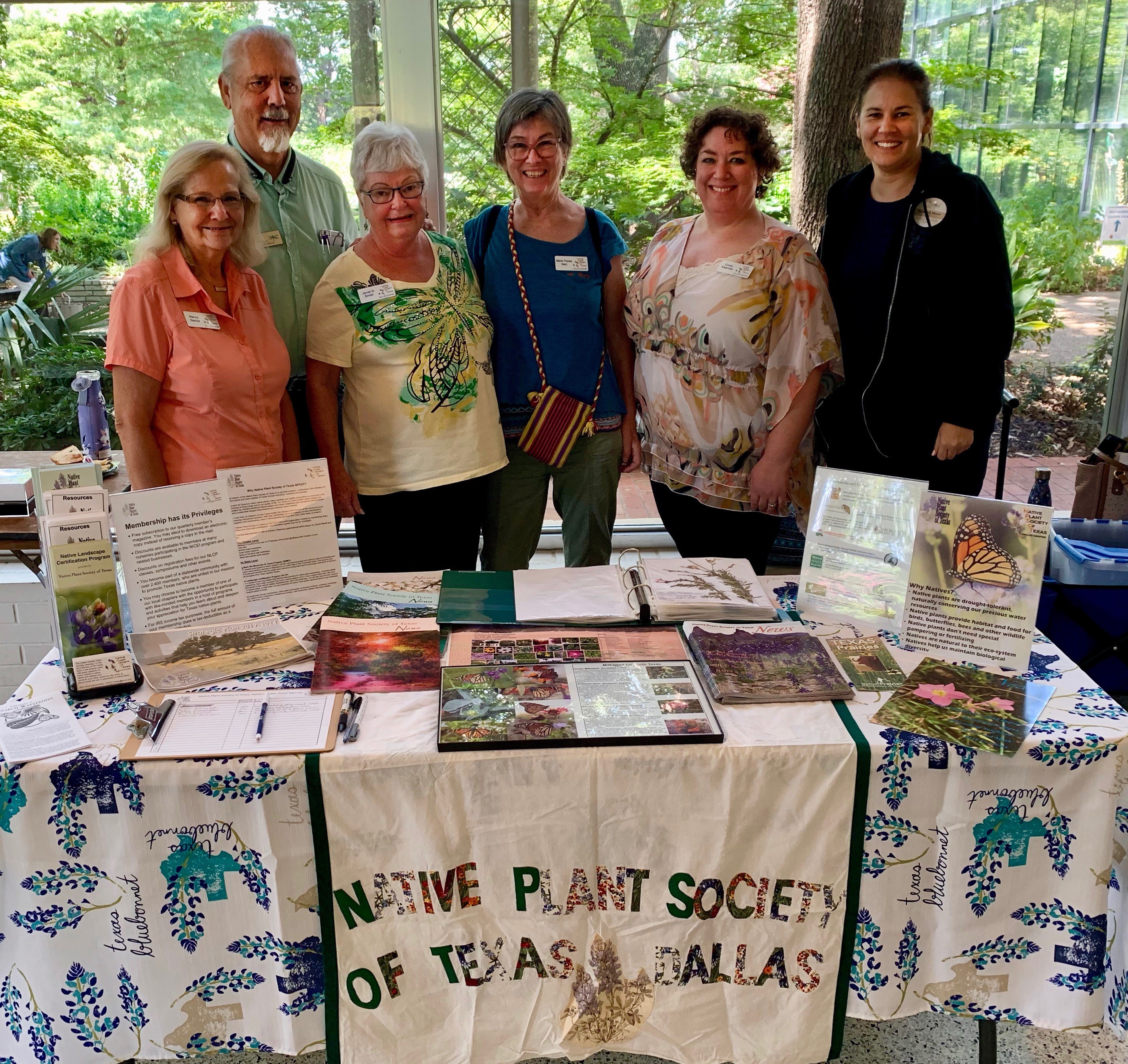 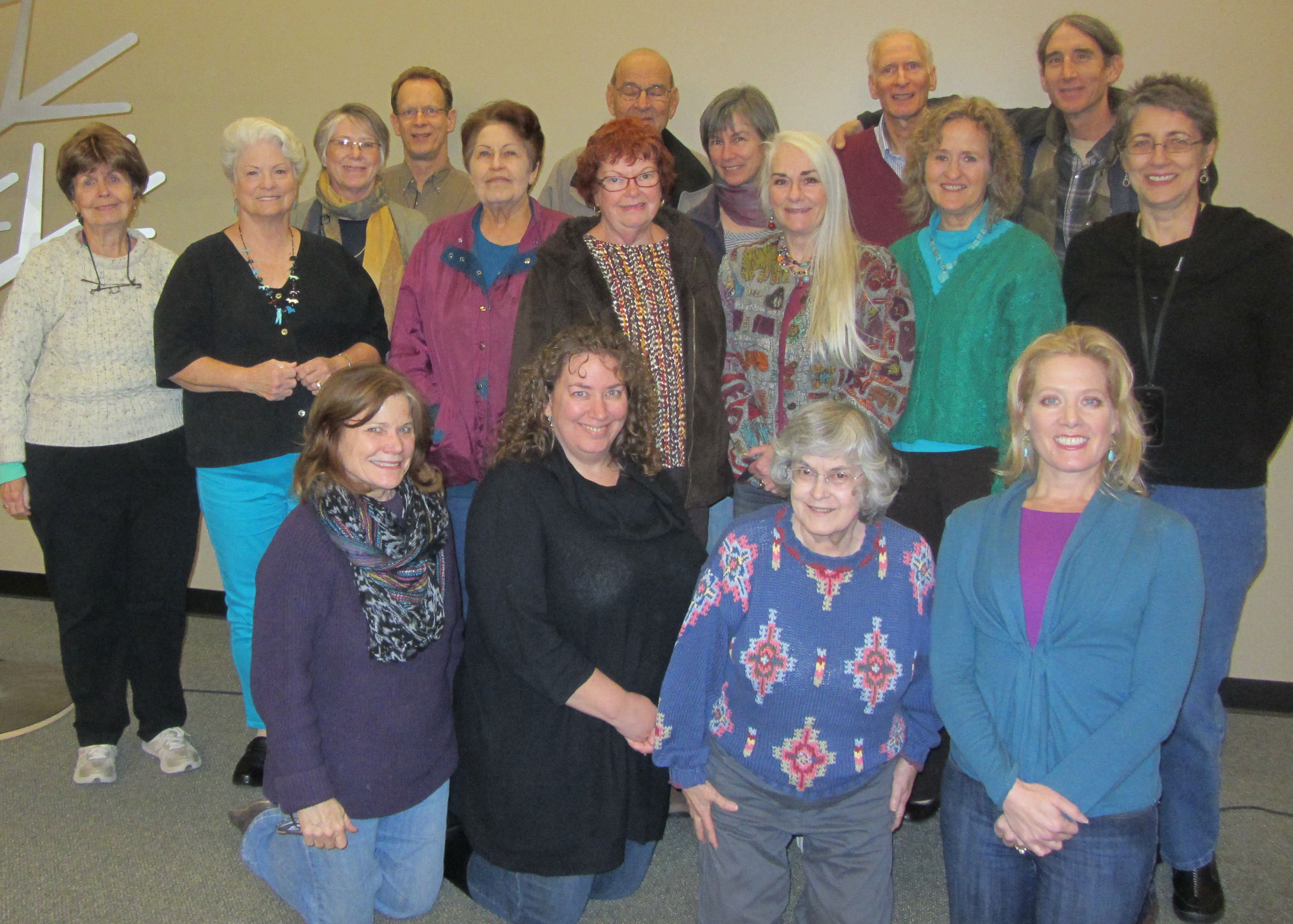 An outdoor park or wildscape memorial is planned… 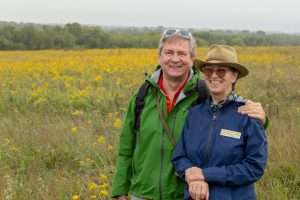 Marie- Theres with Joachim at the 2018 Prairie Field Trip at Clymer Meadows. Photo by Alan Lusk