When Shannon Love passed away, we asked for remembrances.  Many of her friends and family responded.  So many in fact, that it was hard to include every story mentioned without writing a book. I’ve tried to include and coordinate as many as I could.  Apologies if I have stepped on toes or left someone or something out.

A Tribute to Shannon Love 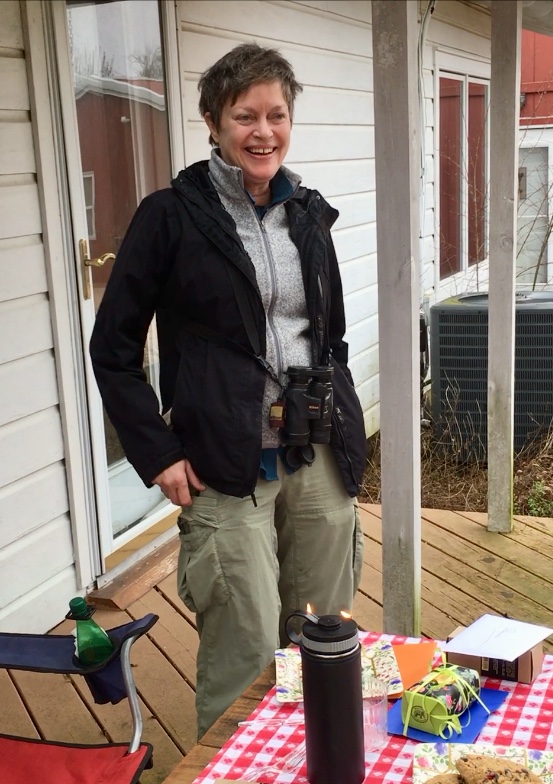 After her breast cancer diagnosis, which she openly talked about to all her friends, Shannon set out to see and do everything she possibly could. For several years despite multiple cancer treatments, she was able to keep going, persevering, always on the hunt for one more bird, grand adventure, Big Day.

Most of us witnessed her love of our natural world. She became a NTMN in 2012.  Almost immediately, since birding was one of her passions, she became a member of the first Master Birder class.  Often, she stated she felt unqualified to be in the class, was surprised she was accepted. However ill prepared she may have felt, soon enough through her diligence, she equaled or surpassed all her fellow classmates. 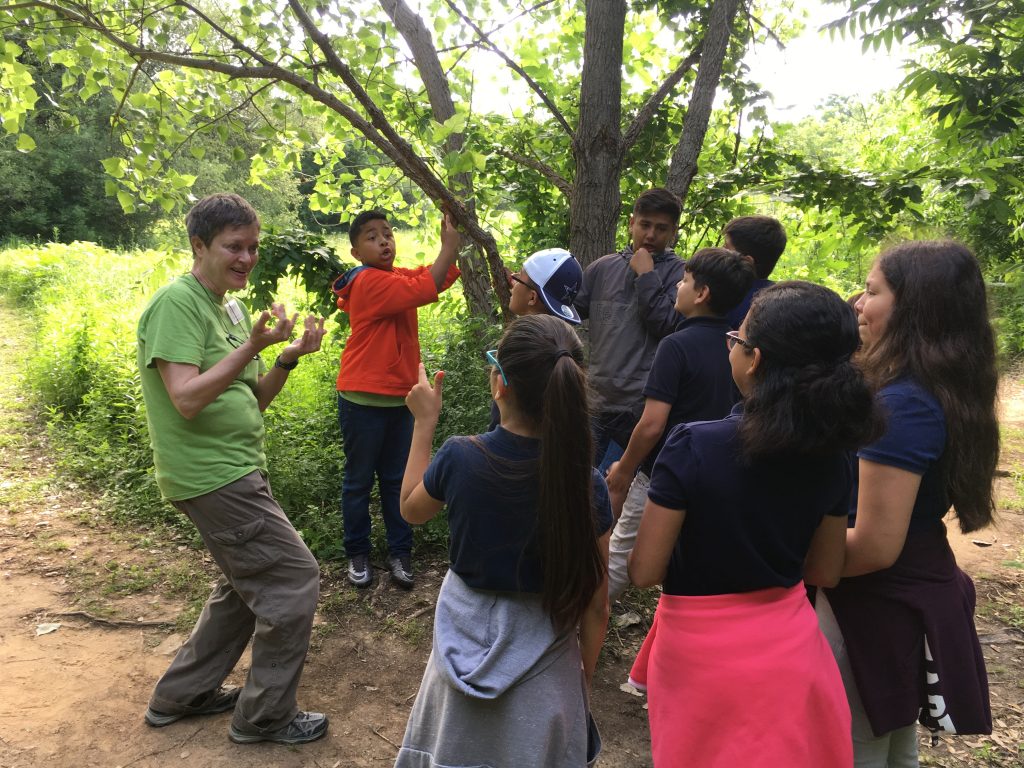 Her enthusiasm and passion for birding, kindled by that class and our wonderful teachers, later led to many other birdy jobs and adventures. A natural teacher, she became a favorite trainer and instructor at Twelve Hills. She worked at John Bunker Sands for two years, teaching classes and leading walks. As a leader of our NTMN Birding 101 classes, she was really the best of us. Her enthusiasm and effervescent personality made her a hit with people of all ages and her computer graphic skills made her classroom presentations both informative and entertaining.

Shannon’s identification skills were epic, one of those few who could identify a bird with only the slightest glimpse, or a few fleeting notes of a song heard from afar, so she was invaluable on Christmas Bird Counts. She was Danny Sansone’s co-pilot for many of those counts. She birded everywhere—from her car, her yard, planted with native plants and flowers, her hospital window while getting treatments, finally from her hospital bed at her home. In the end her yard list included 121 birds, the second longest in Dallas. 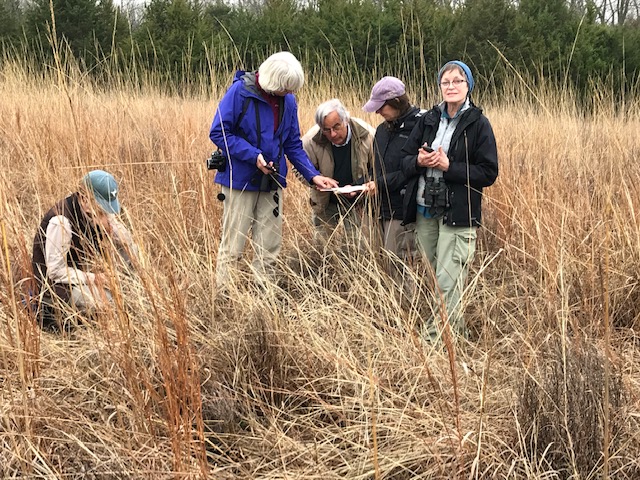 Birding was not her only passion.  She was also involved with Native Plant Society.  Her spotting and plant identification skills were well known to Jim and Stephanie Varnum whom she accompanied on orchid counts at Cedar Ridge Preserve.  Chris Wordlaw, who was with Shannon on one of those hunts, said she could spot those orchids hiding, sometimes seeming to call them up herself with her magical spotting skills.

Long before she became a NTMN, Shannon was an artist.  Earning BA and MA degrees in art from Texas Tech University and University of Dallas where she specialized in painting.  If you’ve ever been to her house in Kessler Park, you’ve seen her work.  Huge black and white masterpieces, often with a void somewhere.  If asked their meaning, she like any artist, replied that it’s what they mean to the viewer that’s important.  Attorneys used her graphic arts skills as an illustrator to help them present evidence. 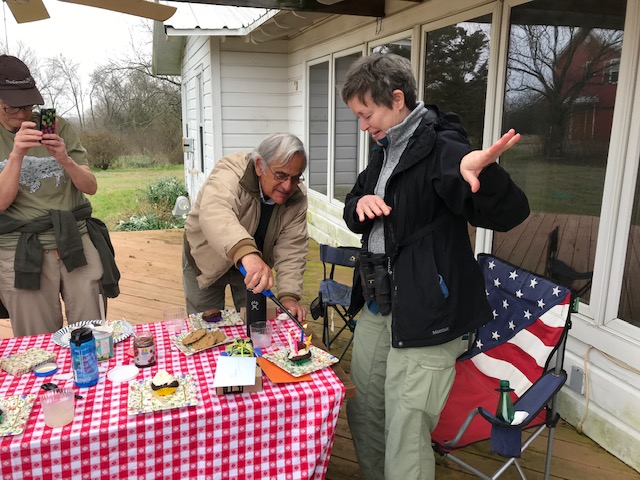 Once, when a pair of thieves made her neighborhood their own, Shannon took it upon herself to help catch them. So, she tracked them down. Imagine Shannon, stalking down her human prey, moving through the shadows, using her artist’s eye for details. Later, she made sketches, aiding the police in the apprehension of those thieves.  Just one reason she was beloved in her neighborhood.

Shannon was also an avid poker player. For years she was member of a monthly poker group.  Her refined memory must have helped as she often she won first prize—a t-shirt. Picture her with Cassius Marcelius Coolidge’s famous painting of the Dogs Playing Poker adorning the front of her T-shirt. 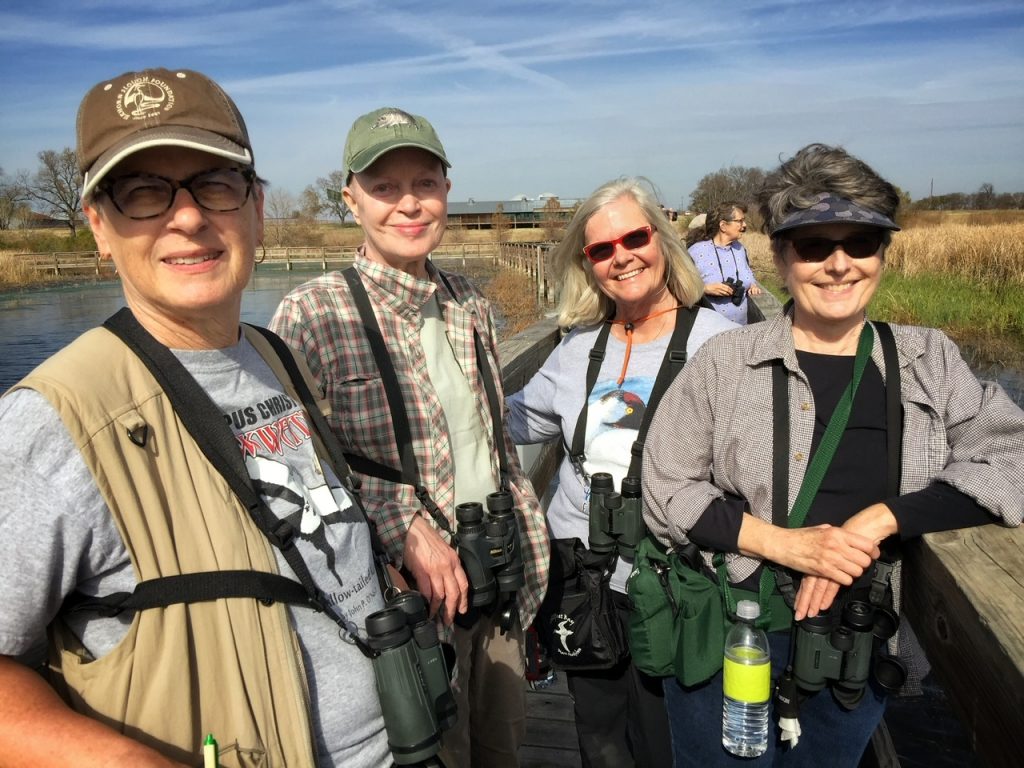 Shannon and the bird gals.

Tireless in her pursuit of “just one more bird,” Shannon was always up for the chase. Once, Shannon and a group of Master Birder friends went searching in vain for Prairie Chickens, traipsing around all day without a sighting, everyone dragging after a daylong hunt in sweltering 107-degree heat.  At sunup the next morning, Shannon was out the door urging everyone to search for that “damn bird” again. I don’t think they ever found it, but it wasn’t for want of trying.

She could wear down even the most passionate of birders.  I was Shannon’s “roomie” and carpool partner on a trip with other Birding 101 leaders.  We had gone to High Island, Texas’ famed birding hot spot. It was late Sunday afternoon and we all had to work Monday morning.  I didn’t think Shannon would ever consent to leave.  I, for one, was worn out.  Finally, we walked to our car long after Natha and Linda had gone. 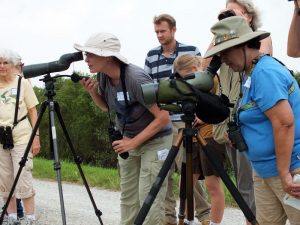 On the way home Shannon insisted we stop near Houston to see the Red-Cockaded Woodpecker.  When we got there, evening was descending, but as soon as we got out of the car, we heard their song.  After we saw one or two, I was more than ready to go. Because of Shannon, we wandered around after even more woodpeckers for at least an hour.  I’m sure we saw every woodpecker on that small tract. I was knackered.  We still had to drive to Dallas through Sunday evening traffic and rain. However, if not for Shannon, I would never have seen that rare bird.  I’ve never seen it again.

In collecting info for this tribute, I heard many stories from birding friends Janie Henderson, Jane Ramberg, Caroline Humphries, Susan Tiholiz, and Julie Mobley about 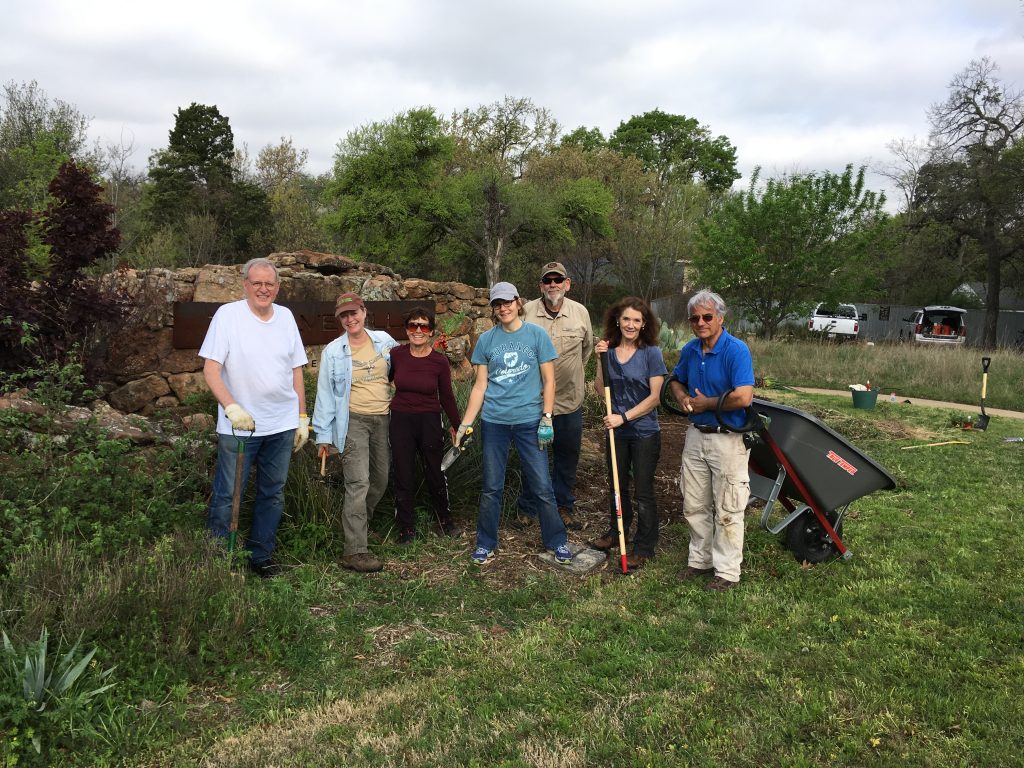 Shannon’s quick wit and love of fun.  They report her breaking out with joyous enthusiasm in a beautiful rendition of “Oh What a Beautiful Morning” from the musical Oklahoma. Or “Getting to Know You” from The King and I, while doing a wonderful imitation of the dancing Siamese children.  And she was the best at Bird Charades—imitating the American Woodcock’s “silly walk” with its intricate and unique footwork, or a Reddish Egret using its outspread wings to create shadows on the water to attract fish.  Sometimes she made humorous bird names for everyone in the group—Silver-crowned Elegant Egret, Red-cockaded Tyrant Flycatcher, Black-crested Cuckoo, Broad-tailed Brown Booby. 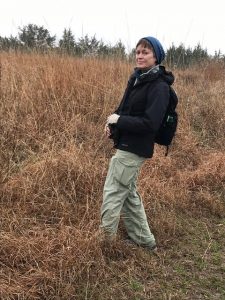 Her love of animals was shown by her ever varying menagerie of dogs and cats.  Each time anyone was lucky enough to visit Shannon, there seemed to be a different group.   Some were gone, but others added.  Marcie Haley says late one afternoon at Twelve Hills, they came upon a lost and very bedraggled pit bull.  Everyone was trying to figure out what to do with him.  Shannon said she would take him.  When she opened her car door, he immediately jumped in and curled up in front of the passenger seat as if they were destined to be together.  He, Gable, found the most wonderful, loving home with Shannon.

One of my favorite stories was related by Shannon’s neighbors Marcie Haley, Ellen Parrill, and Laura Hagan.  Near the end, wanting to do something special for Shannon, they took her out in Ellen’s black Audi convertible for one more birding outing. Shannon was weak and thin by then.  But I can just picture her, wind blowing through her chemo pixie, which was darling, but upsetting, headed for Wolf Springs Rd. where many great birds can be found.  When they arrived, 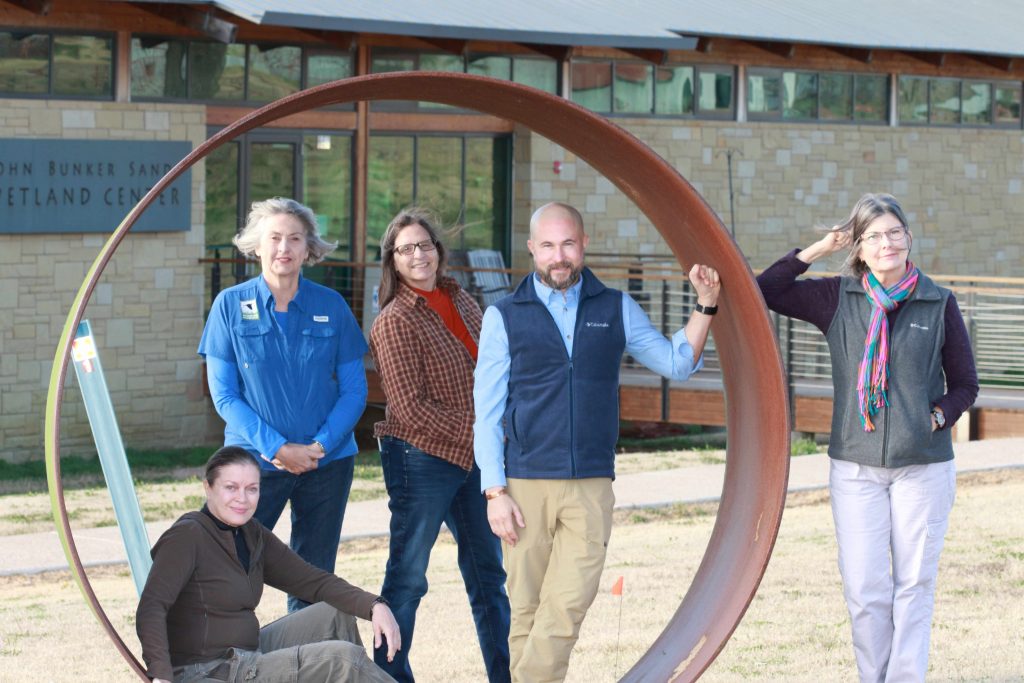 Shannon was so excited by the many birdcalls that she jumped out of the car, more animated and spryer than anyone expected her to be at that point.  Thrilled to see more birds, thrilled for her friends to see what they’d never seen before.

That’s the way I’d like to remember Shannon, big smile, determined to go “over here, and over here.” Just as excited when her friends saw something as if she had herself, on her last adventure, wind in her hair, binoculars up, smile on her face, eyes sparkling.

We will all miss Shannon.  We were privileged to have her in our lives. But let’s not let sadness overwhelm us.  Rather, let us follow her example. With courage and passion, let us strive for one more adventure, one for bird, one more day until we, like Shannon run out of time. 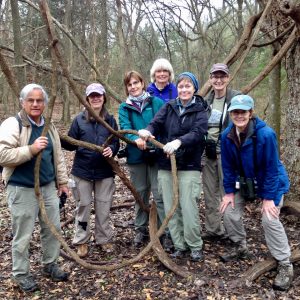