We have lost two of our North Texas Master Naturalist family members this year: Alex Fraser and Helen Bush 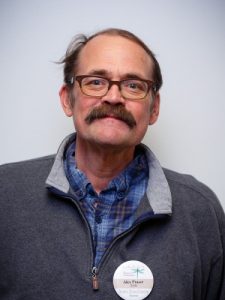 His brother shared the following with us. “On Wednesday, my brother Alex Fraser died in his home after a fall. The news took us all by surprise. He meant a lot to me and to many of you. As brothers often do, we grew closer as we got older. I am very grateful that he was able to join us at our Thanksgiving table last year.

“As per his wishes he will be buried at Mt. Hope Cemetery in Rochester, NY. Although the date has not been fixed, the burial will take place in the May/June timeframe. We hope to arrange a remembrance service at Blessed Sacrament Church.

RIP Alex. And as I know he would say, Go Bills!” 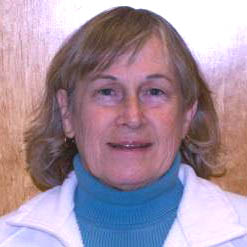 Following is the obituary her children shared:

Helen Lee Bush passed away on Easter Sunday April 21st, 2019. Her passing was sudden and unexpected. She had become suddenly ill after a day of celebrating the resurrection of her Lord and Savior Jesus Christ with family at both Watermark Community Church and Highland Park Methodist Church- her Church home of forty-five years.

Helen was born on January 19th, 1946 to William Jasper and Mary Lillian McClure in Washington, D.C. She spent her childhood in Knoxville, Tennessee and Indianapolis, Indiana. She graduated from Broad Ripple High School in Indianapolis and attended Indiana University. She settled in Dallas, Texas in 1973 and worked for many years at Southern Methodist University and was a substitute teacher in the Dallas and Richardson School District. She was proud to have obtained a Bachelor of Arts in History from Southern Methodist University in 2008 at the age of sixty-two. In addition to enjoying spending time at her church, Helen was an avid crusader for environmental causes, served as secretary of the Dallas Sierra Club and was certified as a Master Naturalist.

She is survived by her son and daughter in law Matt Bush and Anne Bush; her son Benjamin Bor, her sister Mary H. Kendrick, her brother William McClure and her grandchildren; Jackson, Ashley, and Andrew Bush.

She is preceded in death by her brother George McClure and her parents William and Mary Lillian McClure.

Donations in remembrance may be made to the Dallas Sierra Club or Highland Park United Methodist Church.