by Kathryn Bazan and Esther Villareal, Class of 2021

Master Naturalists Esther Villarreal and Kathryn Bazan, both of the 2021 class, were appointed by their city council members to serve two-year terms on the commission. Villarreal will represent District 6 including West Dallas, and Bazan will represent District 9 in East Dallas. The commission will also advise the council on environmental and sustainability initiatives and support equitable and effective solutions to environmental issues as they arise. Villarreal’s environmental interests started in school. As a political science major, she met with then-Senator Obama to urge him to increase protections of the Arctic National Wildlife Refuge from offshore drilling. She also was active in a Chicago neighborhood to fight environmental racism. As an environmental activist in a majority Latiné neighborhood, she drew attention to the high concentration of industrial pollution and disproportionate rates of asthma in school children. She later moved to West Dallas and joined West Dallas 1, a neighborhood leadership coalition, and began serving on its Environmental Justice subcommittee. West Dallas faces similar air quality and environmental racism issues.

Bazan, an environmentalist and neighborhood advocate, grew up in the piney woods of East Texas. Sharing a quote she once heard about her beloved Caddo Lake, “The morning sun shines through the moss of those cypress trees like stained glass, and it’s just like being in church.” She feels fortunate to have grown up so close to nature. Her 13 years of environmental experience include implementing environmental policy at the municipal level and environmental regulatory compliance for the state. She worked for the Texas Commission on Environmental Quality’s Environmental Assistance Division, helping entities comply with air, water and waste permitting. She also co-founded and now leads East Dallas Greater Good, a community action group that champions quality of life issues for neighbors in East Dallas. 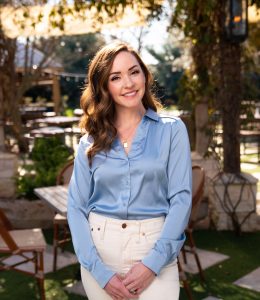 Both felt inspired to join the NTMN after interacting with current members working in the community. “Years ago, I was researching hiking trails in Dallas and came across Ben Sandifer’s blog,” said Villarreal. “His posts were beautiful and inspiring, but I struggled with access to trails like the Scyene and Buckeye.” Villarreal later went on a historical hike along the Trinity River floodplain led by NTMN Kristi Kerr Leonard. “I saw Kristi’s badge, and I took her pamphlets and told myself I’d join NTMN one day when I had time to volunteer and a spare $150.” Through a sponsorship through her job teaching Forest School, Villarreal joined the class and was certified this fall. She finally did get that hike with Ben, and says it’s one experience she’ll always treasure. ​​”That field trip has given me the confidence to advocate for accessibility to the Master Naturalist program.”

Bazan met Sandifer while working to develop a restoration plan for a part of the Old Fish Hatchery Nature Area at White Rock Lake, which was clear cut during right of way maintenance last fall. Sandifer led a tour to survey the damage and encouraged her to apply. “Ben is such a natural teacher and an exceptional advocate for nature. In joining NTMN, I really wanted to understand how to better protect this and other areas in my community and restore the ecosystem that was lost.” She said the Old Fish Hatchery is one of few places she can wander in the woods like she did as a child and forget she’s in the city. A year later, the area replanting is underway, led by Bazan and the Friends of the Old Fish Hatchery and Texas Discovery Gardens.

Villarreal and Bazan worked together on a class project at Kiest Park, where they connected over their shared passion for environmental justice and advocacy. Together, they’ve been working to address industrial encroachment and equitable zoning in Dallas neighborhoods. Both say their experience with the program has given them more technical knowledge about ways to mitigate air pollution, decrease water pollution and preserve the natural spaces within the community.

“Our community is growing and changing,” said Bazan, “But with that growth, there are fewer spaces to enjoy nature within an ever-expanding urban setting. Now, preserving those spaces and the educational opportunities they afford each of our families is more important than ever. Teaching our community to be good stewards of our state’s diverse and remarkable resources for future generations is what I hope to encourage as a Master Naturalist.”

“These resources will be invaluable in my work as District 6 Environmental Commissioner and as I interact with children, inspiring them to get out into nature,” Villarreal says, adding that she’s enthusiastic to recruit neighbors for the NTMN program. “There are not many in my neighborhood who know about the resources available in this area or of the Master Naturalist program in general. I look forward to advancing the cause of the Texas Master Naturalist program and promoting it as often as I can.”