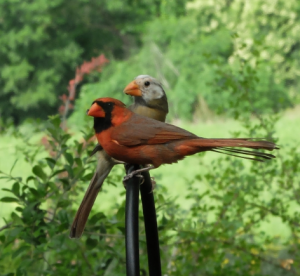 In mid-May, the NTMN group held a socially distant bioblitz that surpassed all of my expectations. Over 10,000 iNaturalist observations of 1400 species were made by 122 master naturalists in 10 days…That’s incredible! Not only did we get a lot of participation, but we also documented some really interesting organisms. Several folks completed each of the daily challenges, and I think some genuinely enjoyed engaging with nature.  After all, getting people to engage with nature through documentation is a primary goal of any bioblitz.

I heard from several DFW area master naturalists who also wanted to participate, but May’s bioblitz was open to NTMN only. So, why don’t we have another one in September open to all of the chapters in the DFW area? From September 6th through 12th, members of the six DFW area chapters of master naturalists and all other citizen scientists in the DFW area will be asked to participate in a fall socially distant bioblitz.

I hope that you’re able to participate in this week-long event. Observations of wild organisms made anywhere in the DFW area will count (even in your backyard!), so it should be a good time to see what species share the metroplex with us. I’ll have seven daily challenges too, so stay tuned for those. If you’re in need of volunteer hours, this could be a great way to grab some! Record all time spent recording observations, uploading observations, and identifying other observations on iNaturalist as Texas Parks and Wildlife: Field Research. At the end of this week-long event, I’ll put together a report and share some of the interesting finds and relevancy of this kind of bioblitz.